We are the #1 Hemorrhoidal Treatment Center in St. Louis and the Midwest for over 30 years. We have treated over 150,000 patients with hemorrhoidal issues successfully. We offer same day, or next day visits, in our office. We also provide low cost office sedation weekly for all procedures if needed. High deductible? No insurance? No problem! We can help! Contact Us Today!View Our Google Reviews

What is Crohn’s Disease?

Crohn’s disease is a type of inflammatory bowel disease. As many as 780,000 Americans have the condition, according to the Crohn’s & Colitis Foundation (CCF).

More research about Crohn’s disease is necessary. Researchers aren’t sure how it begins, who is most likely to develop it, or how to best manage it. Despite major treatment advances in the last three decades, no cure is available yet.

Crohn’s disease most commonly occurs in the small intestine and the colon. It can affect any part of your gastrointestinal (GI) tract, from your mouth to your anus. It can involve some parts of the GI tract and skip other parts.

The range of severity for Crohn’s is mild to debilitating. Symptoms vary and can change over time. In severe cases, the disease can lead to life-threatening flares and complications.

Get a broader understanding of the basics of Crohn’s disease.

It isn’t clear what causes Crohn’s disease. However, the following factors may influence whether you get it:

Up to 20 percent of people with Crohn’s disease also have a parent, child, or sibling with the disease, according to the Crohn’s & Colitis Foundation.

According to a 2012 study, certain things can affect the severity of your symptoms. These include:

People with Crohn’s are also more likely to develop intestinal infections from bacteria, viruses, parasites, and fungi. This can affect the severity of symptoms and create complications.

Crohn’s disease and its treatments can also affect the immune system, making these types of infections worse.

Yeast infections are common in Crohn’s and can affect both the lungs and the intestinal tract. It’s important that these infections are diagnosed and properly treated with antifungal medications to prevent further complications.

It’s sometimes possible to mistake these symptoms for the symptoms of another condition, such as food poisoning, an upset stomach, or an allergy. You should see your doctor if any of these symptoms persist.

Early detection and diagnosis can help you avoid severe complications and allow you to begin treatment early. 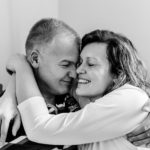 What is the Difference Between Screening and Diagnostic Colonoscopy?Feb 28, 2020 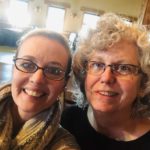